There’s a couple more ‘Boxo’ cartoons in the series that I’ll post soon.

These videos from 2009 reflect the creativity and artistic style I had during my youth. I had to use the laptop touchpad but I’m still using it today.

They’re old and they’re not exactly my best work, but I’m glad I made these. 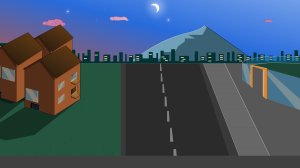 It’s my current background and I encourage others to adopt it as their own if it fits to their liking.

This scene is rigged for animation. I don’t have a script yet. I’ll get back to you with a comic or a video with the character in this picture. I wanted to make a decent looking scene since the audio quality often fails in quality. Maybe a comic adventure is in order.

As a practice, and a way to turn comics into video, I will be posting these animated comics. This one was made rather quickly, so the future posts will be more likely to entertain.

As viewership increases, so will quality of the content produced.

Just another day in the life in San Bernardino.

There will be more. Stay tuned. 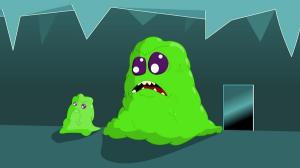 All this design makes me hungry.

I found “Seven Arrows” on Radio Reddit, at the top of all voted-on tracks in the indie genre.

Upon listening to the track, I was instantly soothed and impressed by its 70’s classic rock atmosphere. This song could easily fit in with another decade and the genre of soft rock.

Hudson is the musician and composer behind ‘Seven Arrows’

When searched, Hudson’s only trail of video was an edited Gran Turino video that a fan had put together with his song.

To better publicize this work, I gave the artist a message asking permission to use the song for an officially certifiable music video. The aesthetics may appear to have been rushed, because they were, but I wanted something online as soon as possible that resembled the song more closely than an edited movie video.

I may not be able to give this artist the million dollar budget for a music video he has the potential for, but this is a better start than the prior fan-made version.